Over a thousand people marched through the streets of Bournemouth in support of the nationwide industrial action by Public Sector workers over pensions.

More photo’s from November 30th courtesy of Mark Chappell, If you would like to purchase images from this link please email mark@markchappell.co.uk to discuss the price.

Link to video of march by Bournemouth Echo (1min 22secs)

Public sector strike: thousands to walk out in Dorset and the New Forest to fight pensions cuts – Bournemouth Echo

November 30th was the biggest co-ordinated industrial action for 30 years with over 2 million Public Sector workers withdrawing their labour. There were protest marches up and down the country, ranging in size from 500 to 50,000 people, including:

A truly staggering and inspiring show of solidarity. 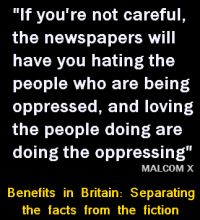 Fiction: Welfare reforms are just about benefit cuts
Fact: Simply not true. The attack on our welfare state is hitting a whole range of services – privatising the NHS, winding up legal aid for people in debt and closing SureStart centres and libraries. All this will make life poorer for every community.

Fiction: There are families living on benefits where generations have never worked
Fact: Despite research from various organisations, no evidence has been found of families with three generations which had never worked. Less than 1% of families have two such generations which have never worked, although such families had wide ranging problems which made it both difficult for the parents or the children to find employment. Contrary to government claims about endemic worklessness, four in five people who claim JSA come off the benefit within six months.

Fiction: People believe that some 27% of the Welfare Budget is claimed as a result of fraud
Fact: The actual figure is 0.8 % whilst tax avoidance and evasion is estimated at anywhere from £30bn to £120bn.

Fiction: Those on benefits have made a lifestyle choice and are shirkers
Fact: 20.3 million families, (64%, of all families) are in receipt of some benefit, 8.7 million of them are pensioners. These benefits include Child benefits, Working / Child Tax Credits, unemployment, disability and sickness payments plus State Pensions. There are currently around 6.1 million people looking for full time work; this figure consists of 2.6M registered as unemployed; 1.3M “underemployed” adults who are in part-time work because they cannot find full-time work; 2.2M unemployed people who want work but have not actively sought it for six weeks. At the same time, there are only around 460,000 job vacancies. Contrary to government claims about endemic worklessness, four in five people who claim JSA come off the benefit within six months.

Fiction: More of the Welfare Budget is being spent on the jobless than on the needy
Fact: Since the global credit crunch crisis in 2007/8 and ongoing economic depression the percentage of welfare spending up has been pushed up. The biggest increases have been due to Pensions and Housing Benefits. The £54BN increase from 2001 to 2011 is mainly due to inflation linked benefits, such as Pensions, Housing Benefits. This period has also seen the introduction of many ‘in work’ benefits.

Of the 1,008,000 benefit claimants that have been out of work for three of the last four years, around 40 per cent have been claiming Jobseekers’ Allowance (JSA), a further 30 per cent are lone parents with children under seven claiming Income Support (IS) while the remaining 30 per cent are either claiming Employment Support Allowance (ESA) or are in the process of being assessed. All ESA claimants are unable to work. Those on the work-related activity group are expected to be able to work eventually but are not-yet-fit-to-work.

Fiction: The benefit cap of £26,000 per annum will help reduce the overall Welfare Bill
Fact: The cap will only affect a small number of people with some 58,000 seeing their benefits reduced by 2014/5. Many more families are losing a range of benefits irrespective of the cap.

Fiction: Reducing the welfare bill and the ‘dependency culture’ will improve the growth rate of the country
Fact: There is no evidence to support this. What is needed is to target the State Support in such a way that it creates opportunities for training, improves mobility, provides adequate child care but above all we need to see a living wage and some degree of rent control if the housing benefit and the working Tax credit is to be controlled. The welfare bill has not increased as a result of a growing ‘welfare dependency’. The number of people on unemployment, lone parent and incapacity benefits is over a million less than in 1990.

Fiction: Too many people have too many children
Fact: In 2011 there were just 130 families in the UK with more than 10 children. Only 8% of benefit claimants have three or more children. The UK spends much less on unemployment that France or Germany and is at the same level as the EU average.

Fiction: Benefits are too generous
Fact: Really? Could you live on £53 a week as Iain Duncan Smith is claiming he could if he had to? Then imagine handing back 14% of this because the government deems you have a “spare room”. Could you find the money to pay towards council tax and still afford to eat at the end of the week whilst at the same time paying all the utility bills etc? JSA Payments are £71.70 a week for single people (single person under 25 gets £56.25); £71 a week for lone parents over 18 (under 18s receive £56.25); £111.45 a week for couples aged over 18.

Fiction: Benefits are going up
Fact: They’re not. A 1% “uprating” cap is really a cut. Inflation is at least 2.7%. Essentials like food, fuel and transport are all up by at least that, in many cases far more. Benefits are quickly falling behind the cost of living.

Fiction: The bedroom tax won’t hit army families or foster carers
Fact: Yes it will. Perhaps most cruel of all, the tax will not apply to foster families who look after one kid. If you foster siblings, then tough. But these kids are often the hardest to place. Thanks to George Osborne and IDS, their chances just got worse. And even if your son or daughter is in barracks in Afghanistan, then don’t expect peace of mind as the government still has to come clean on plans for their bedroom.

Fiction: Social tenants can downsize
Fact: Really, where? Councils sold their properties – and Osborne wants them to sell what’s left. Housing associations built for families. In Hull, there are 5,500 people told to chase 70 one-bedroom properties.

Fiction: Housing benefit is the problem
Fact: In fact it is rental costs. Private rents shot up by an average of £300 last year. No wonder 5 million people need housing benefits, but they don’t keep a penny. It all goes to landlords.

Fiction: It’s those teenage single mums
Fact: An easy target. Yet only 2% of single mums are teenagers. And most single mums, at least 59%, work.

Fiction: We’re doing this for the next generation
Fact: No you’re not. The government’s admitted at least 200,000 more children will be pushed deeper into poverty because of the welfare changes.

View all posts by category 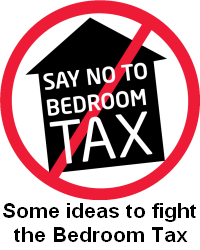 The bedroom tax can be stopped by people and communities standing together. Many local groups have mushroomed all over the UK and are raising awareness, challenging social landlords and building solidarity within communities.

Set up a local campaign group – talk about the Government’s Bedroom Tax with your family, friends and neighbours – you don’t need many people to organise a first local campaign meeting. you can even get a few people together in your own front room or find out if there are free meeting spaces in a local community centre or library

Raise awareness – raise how unfair the Bedroom Tax is in your local media – the letters page of your local paper will be well read. Use Twitter and Facebook to spread the word. Creative protest actions are also good.

Build up a broad coalition of resistance – will your local churches, mosques, community organisations support your group. Contact your local anti-cuts group and Unite Community branches.

Lobby your local MPs and councillors – send them letters / emails, and pay them a visit at their monthly surgeries.

Block evictions – by taking direct action. During the Poll Tax people stood together to physically stop bailiffs from evicting tenants. Build up a group of local residents that will become a human barrier and stop the bailiffs from evicting you or your neighbours. Set up a phone tree where people can quickly put the word out to bring out people when bailiffs arrive.

Do some research – build awareness of the law regarding bailiffs and monitor bailiffs to ensure they don’t use intimidating tactics. 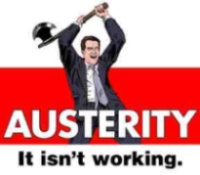 1 million – aged under 25 who are unemployed

Public sector net debt now stands at above £1 trillion, compared to £940 billion a year ago, and represents 65.7 per cent of the UK's GDP, up from 61.8 per cent last year

In July 2012, the Govt was required to find an extra £600m to plug the gap between spending and tax revenues, having registered a £2.8bn surplus in the same month in 2011

In the four months since George Osborne’s March 2012 Budget the Govt has now borrowed £9.3bn more than it did over the same period last year

Social benefit payments have risen by 7 per cent, reflecting the fact that more people are on the dole than this time last year